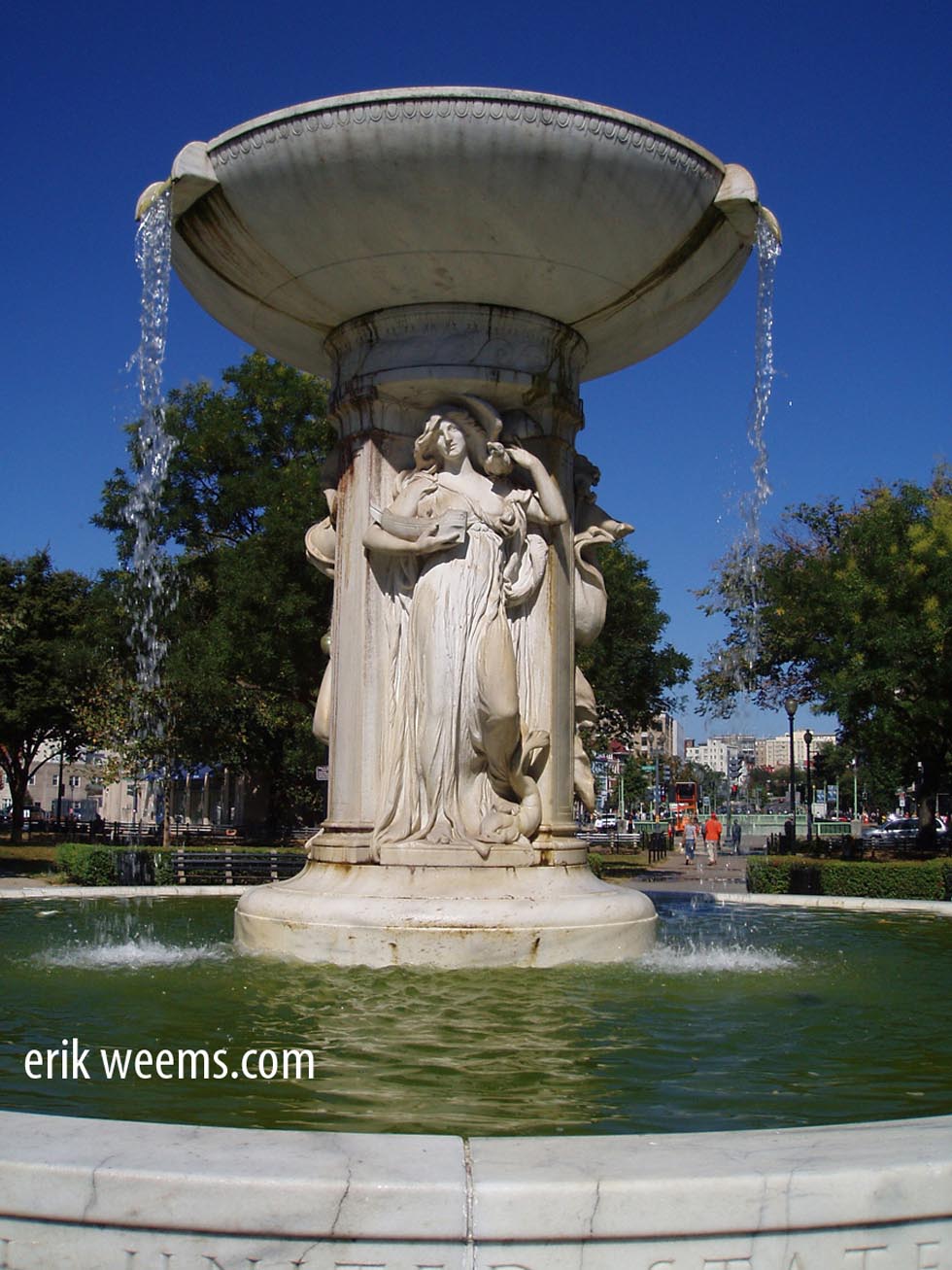 Photo above and below: Dupont Circle Fountain, viewed by looking North toward Connecticut Avenue. 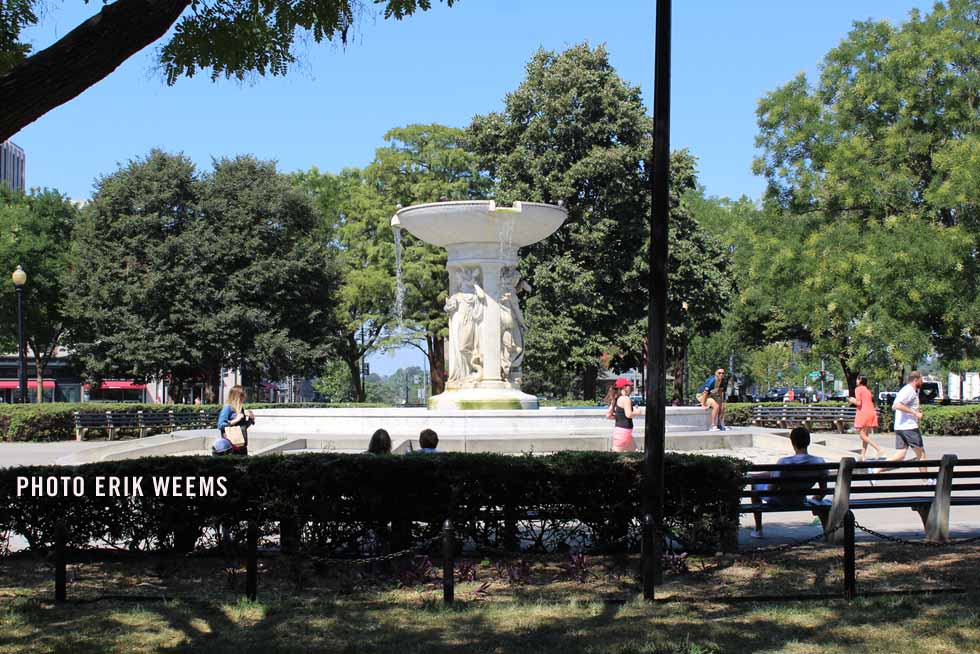 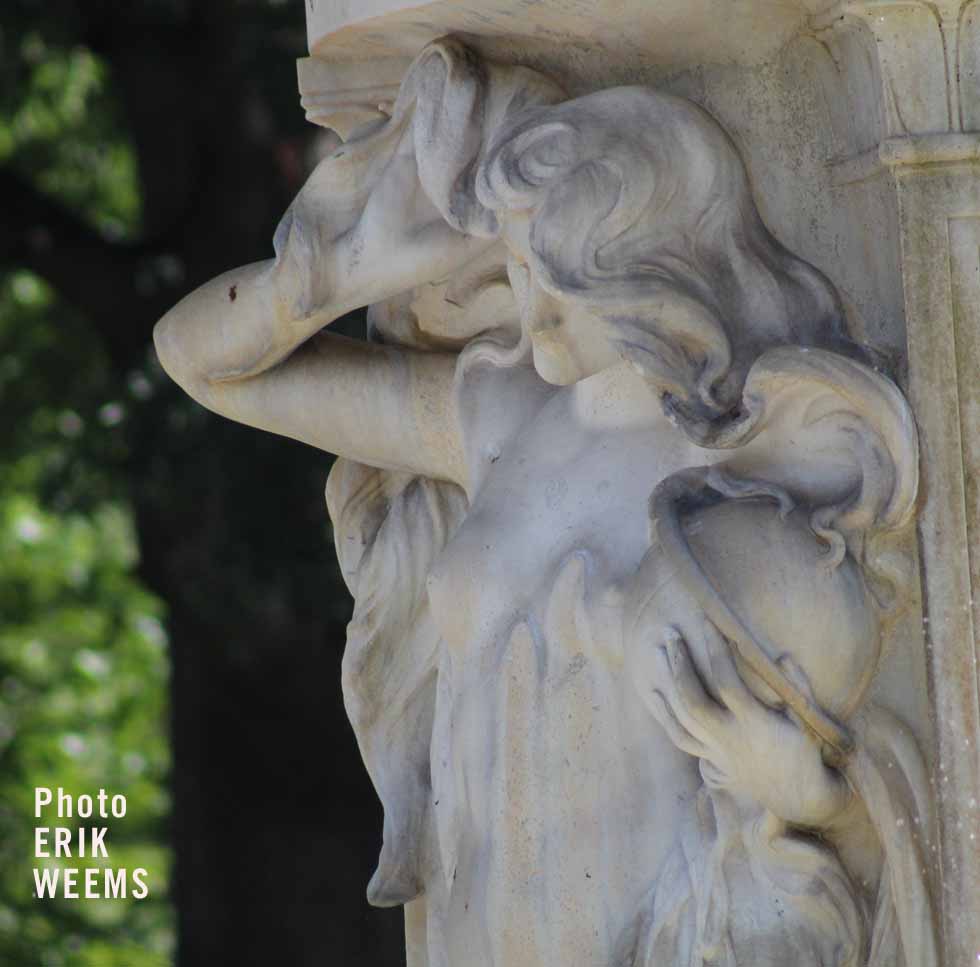 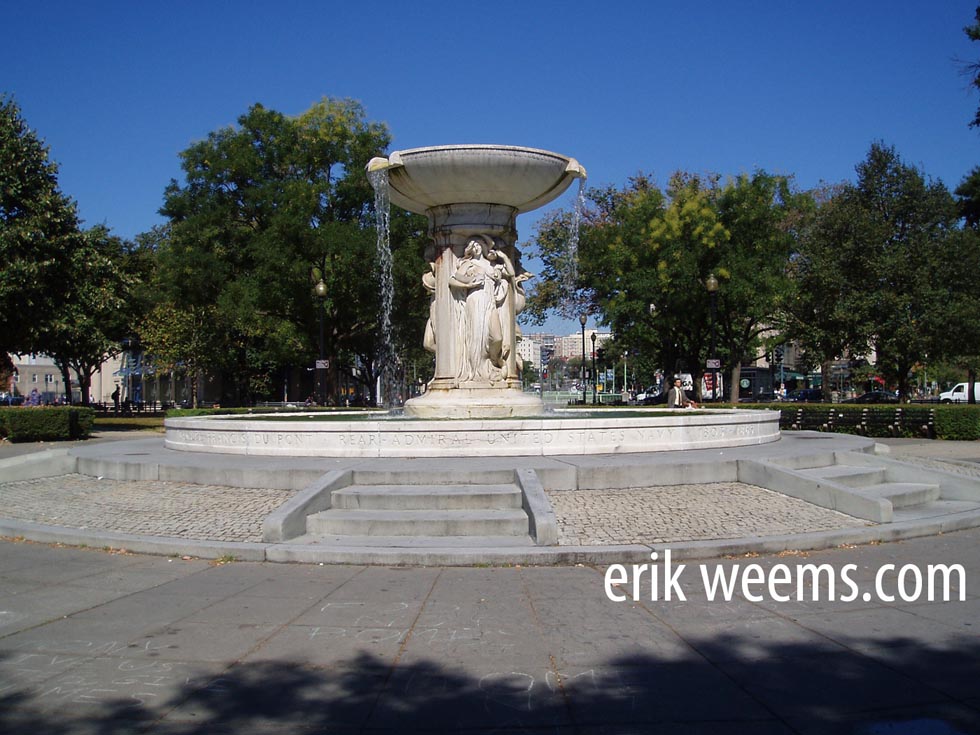 Photo below: Looking west toward the CVS store and next to the National Center for High Education. Little further to the right is the perennial Second Story Books used book store. 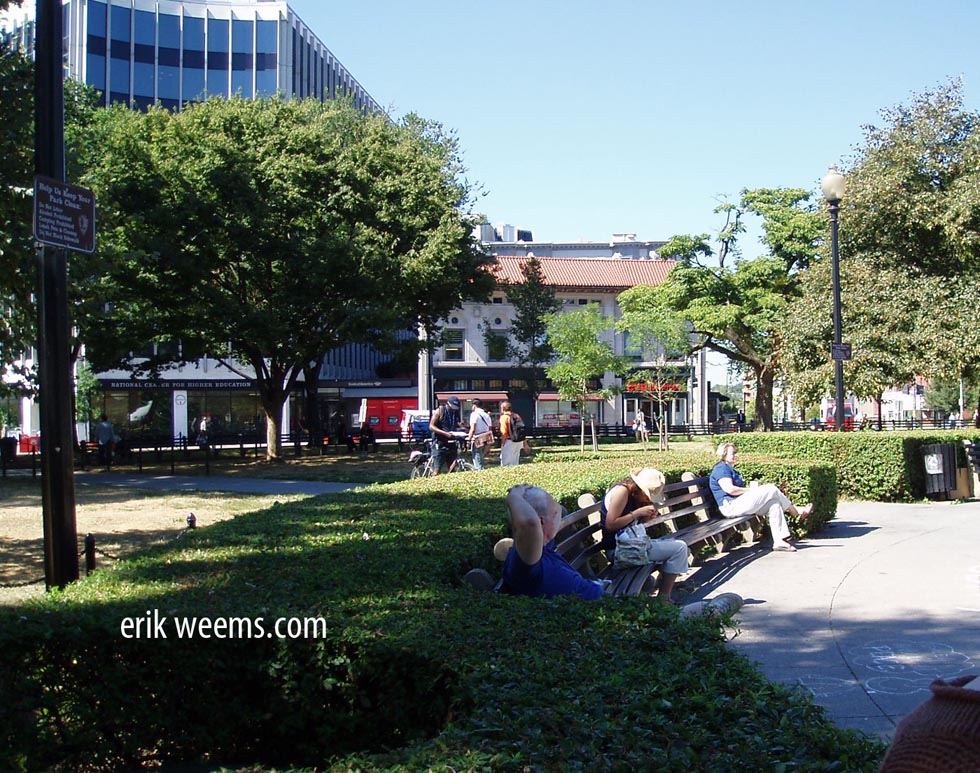 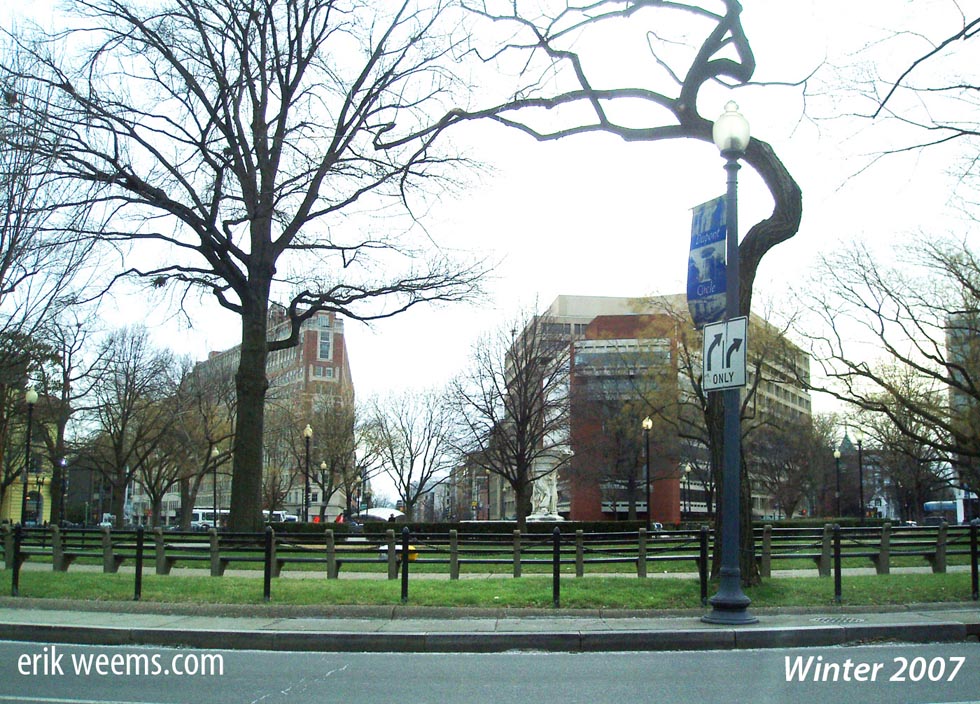 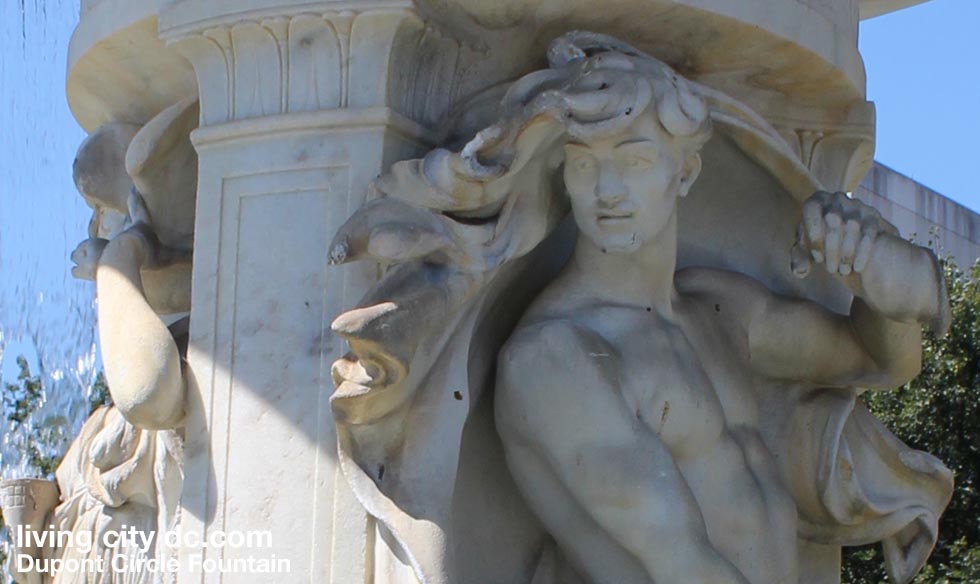 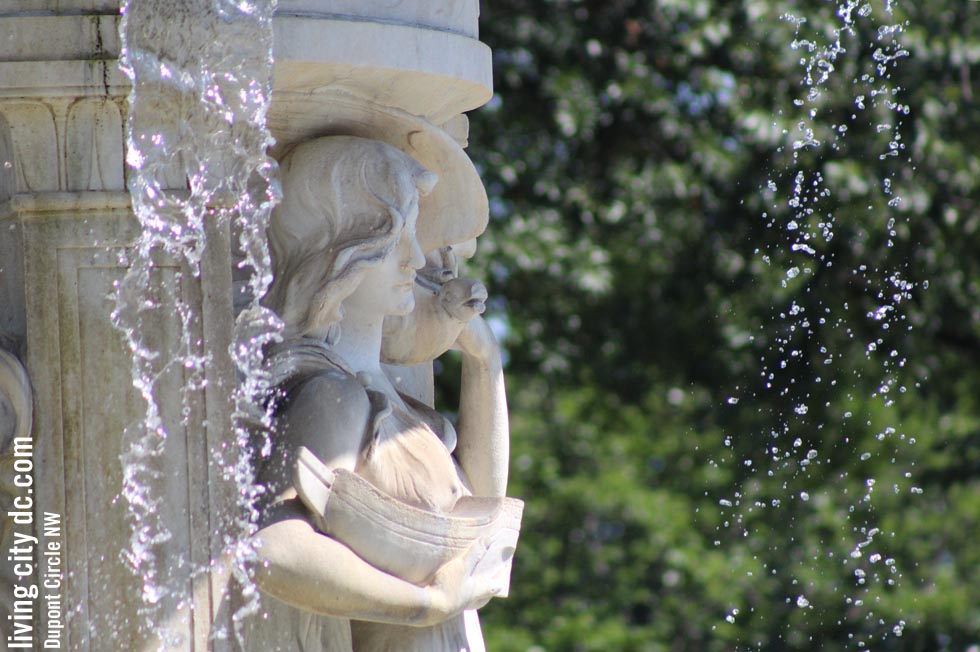 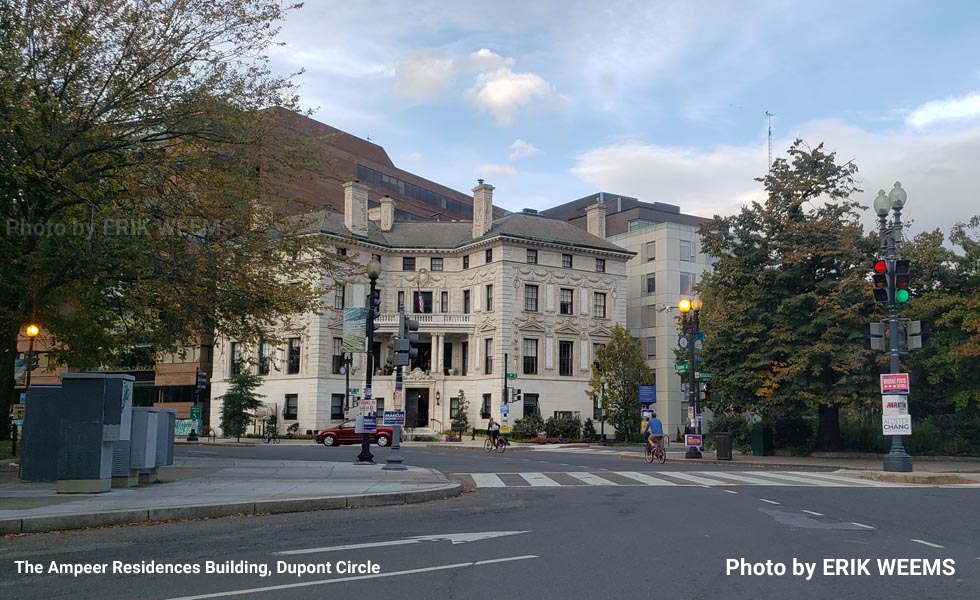 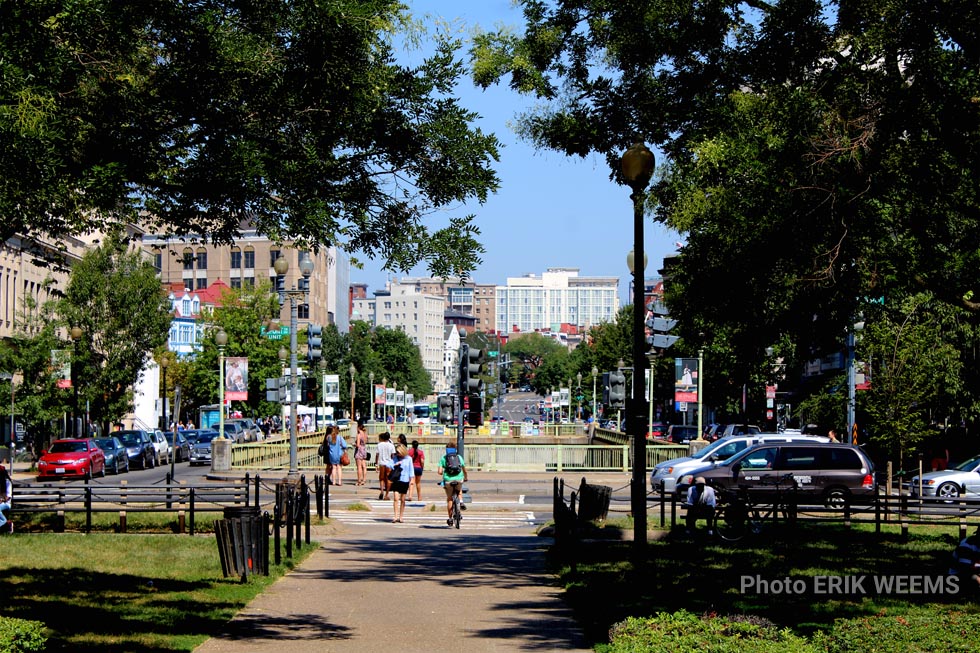 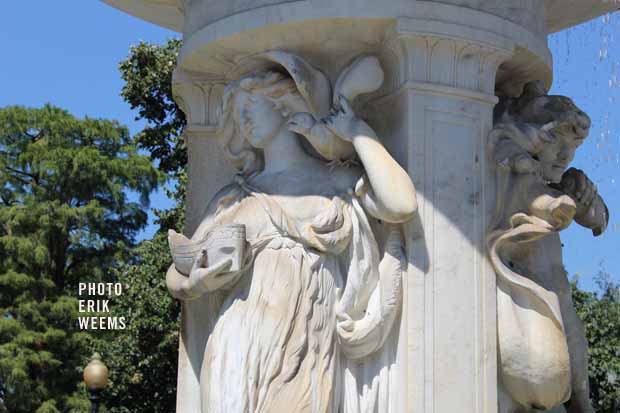 Some history about Dupont Circle: the fountain was built between 1920 and 1921, replacing a statue of Samuel Dupont which was relocated to Rockford Park in Wilmington, Delaware.

The fountain which replaced Dupont's statue was designed by Daniel Chester French, and is officially known as the Samuel Francis Du Pont Memorial Fountain.

The inscription upon the fountain reads:

"Samuel Francis Dupont - Rear Admiral, United States Navy, 1803-1865. This Memorial Fountain Replaces a Statue Erected by the Congress of the United States in Recognition of His Distinguished Services. 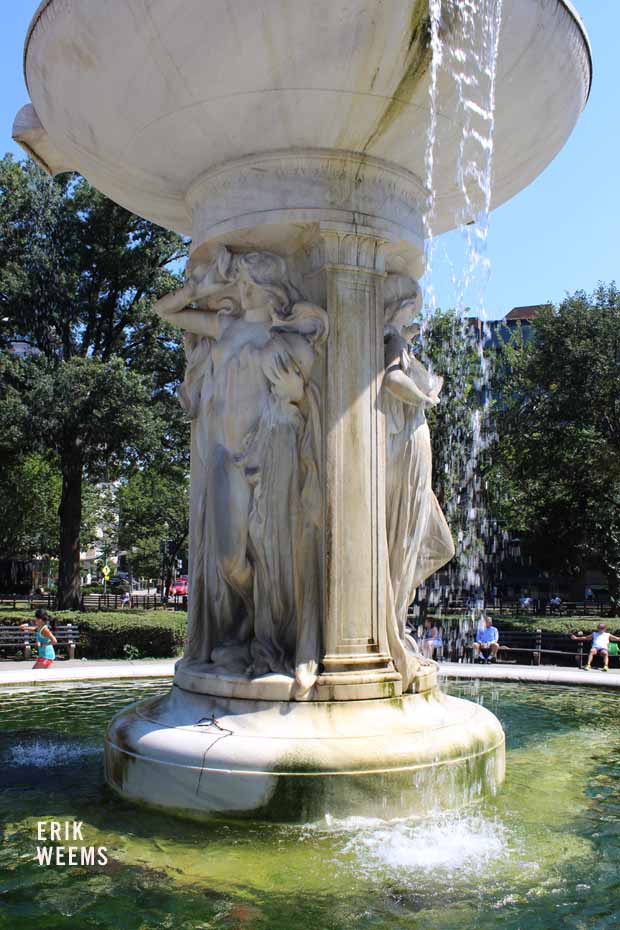 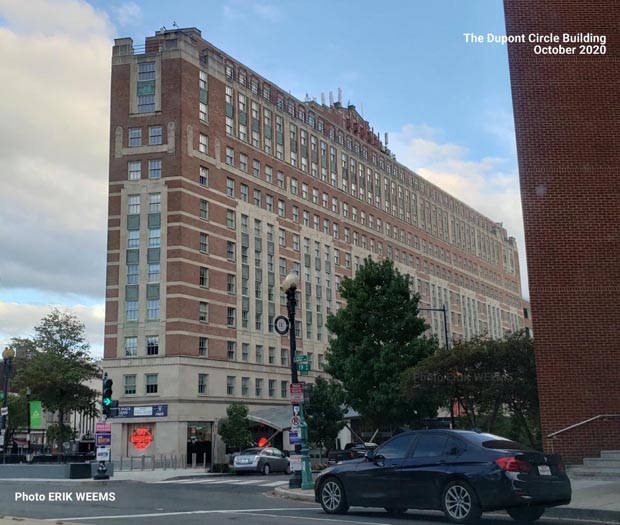 The Dupont Circle Building was originally called the Mihran Esrobian when it opened in 1931. It was converted to apartments in 1942, but was soon changed to offices in the 1940s and became the location for the United Nations Relief and Rehabilitation Administration. 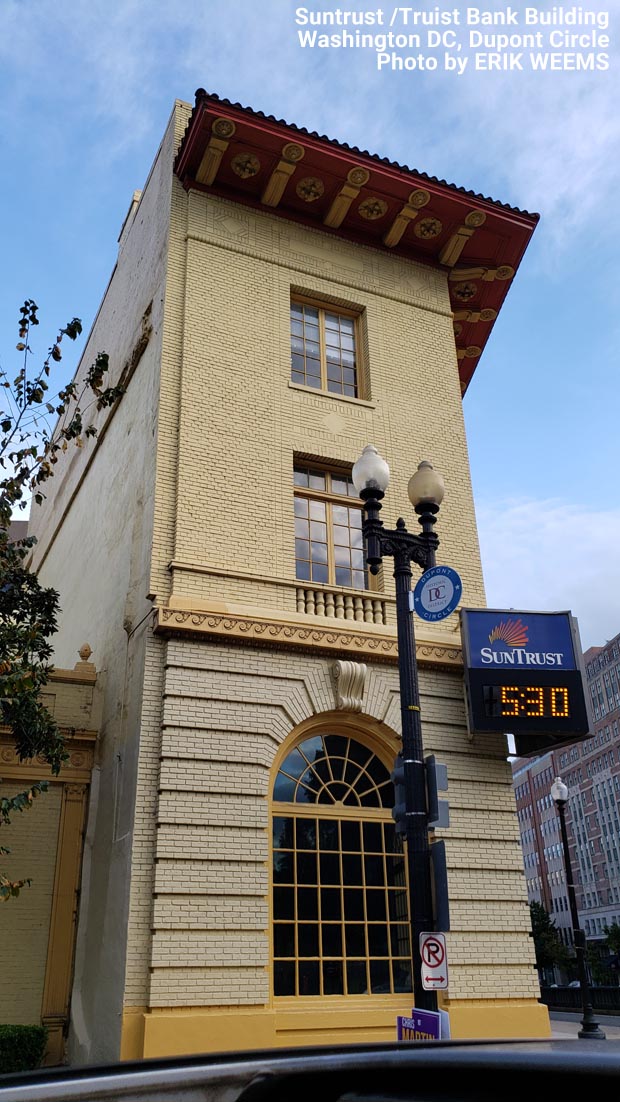 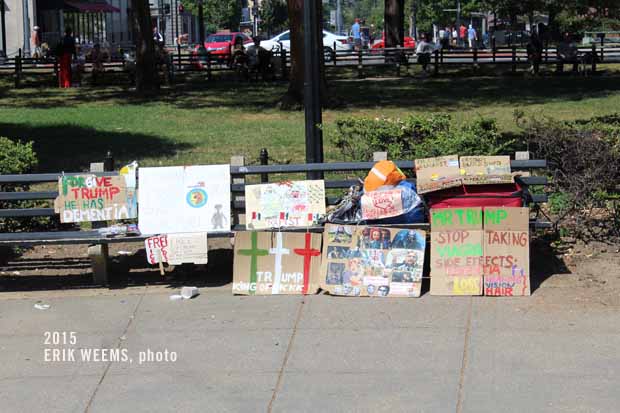 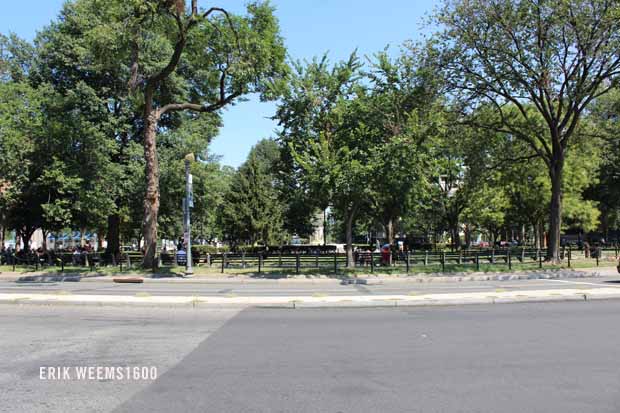 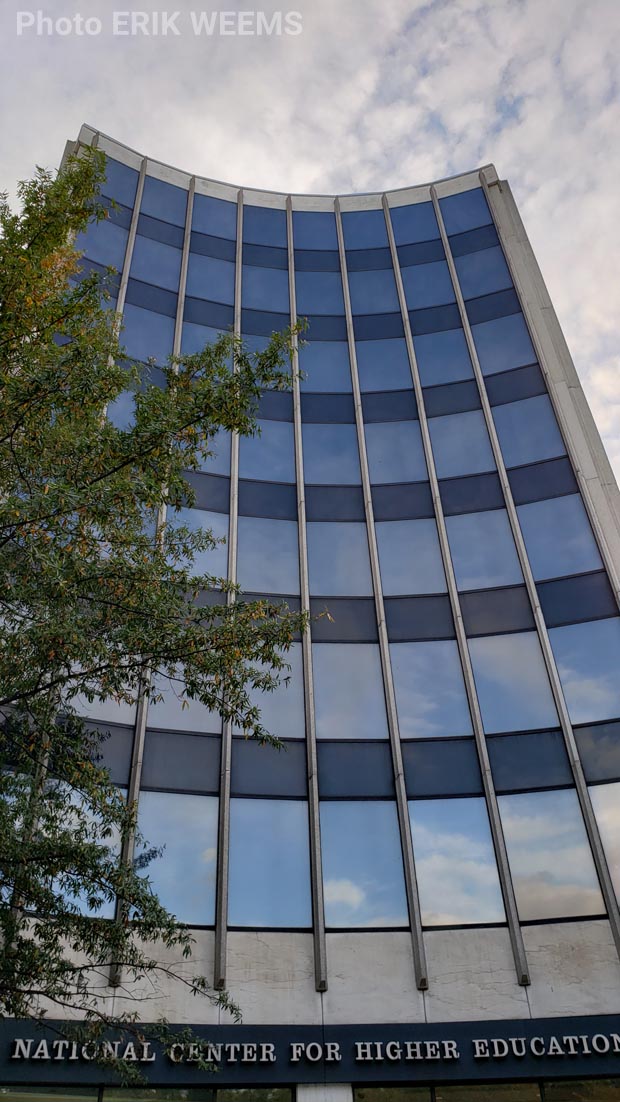 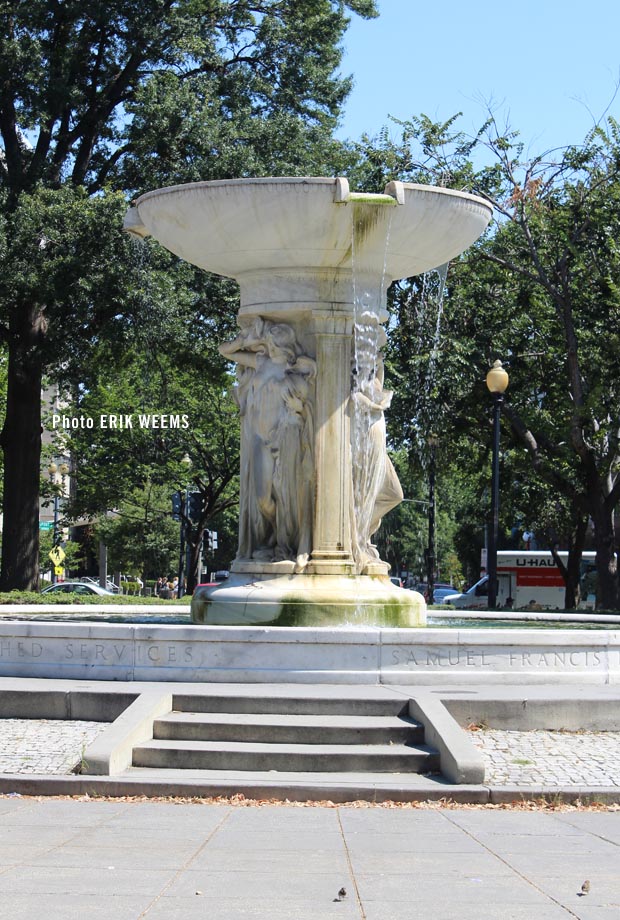