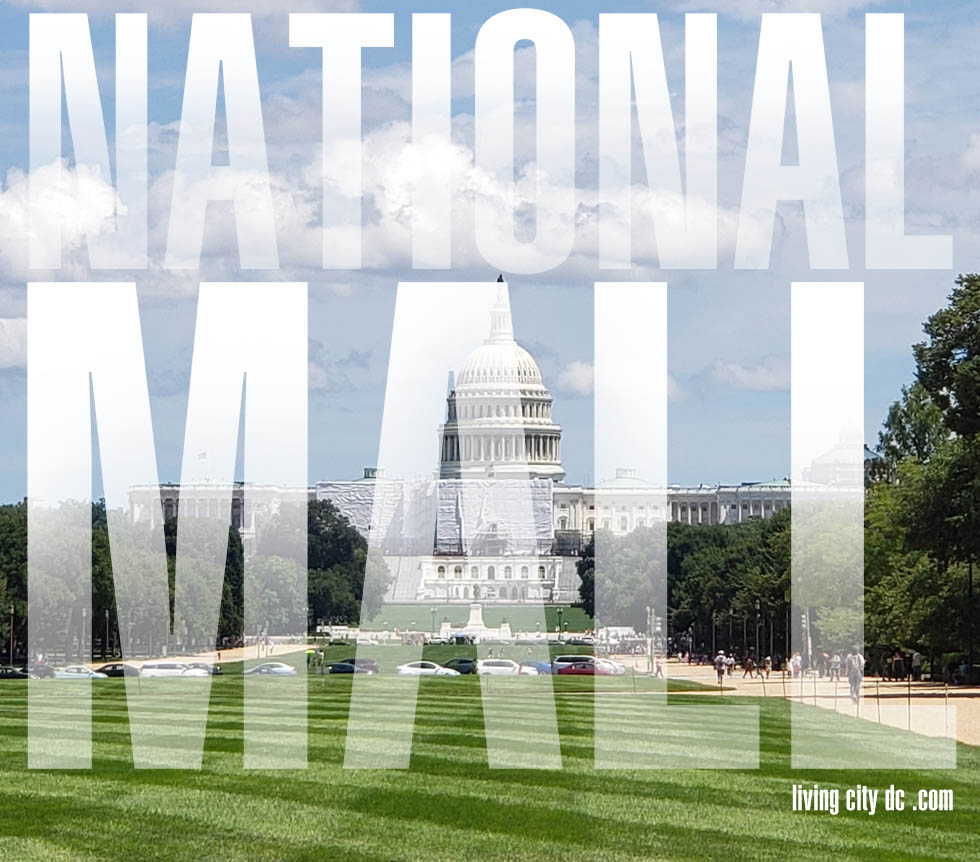 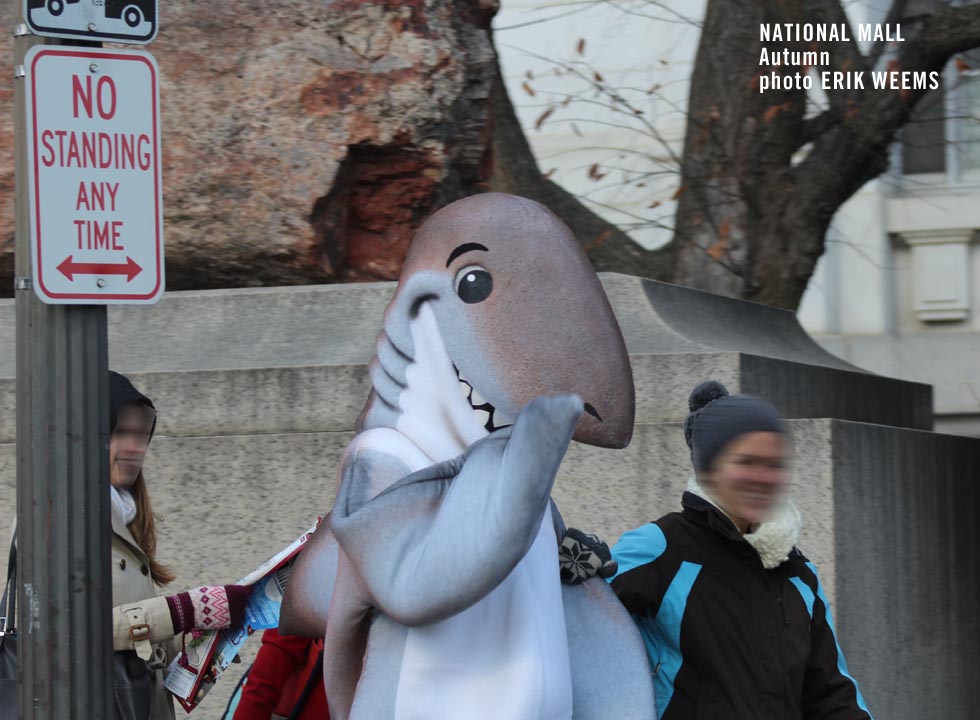 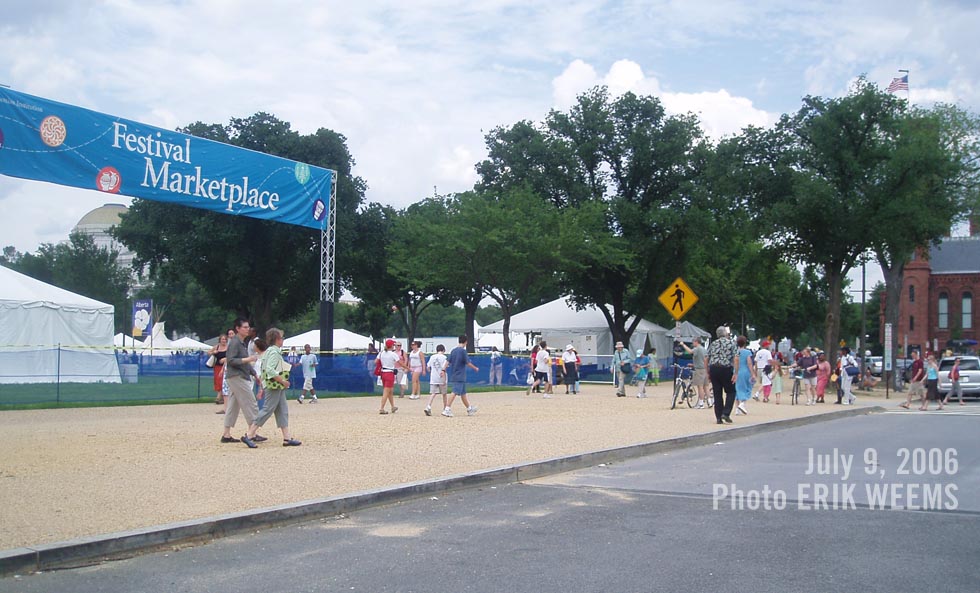 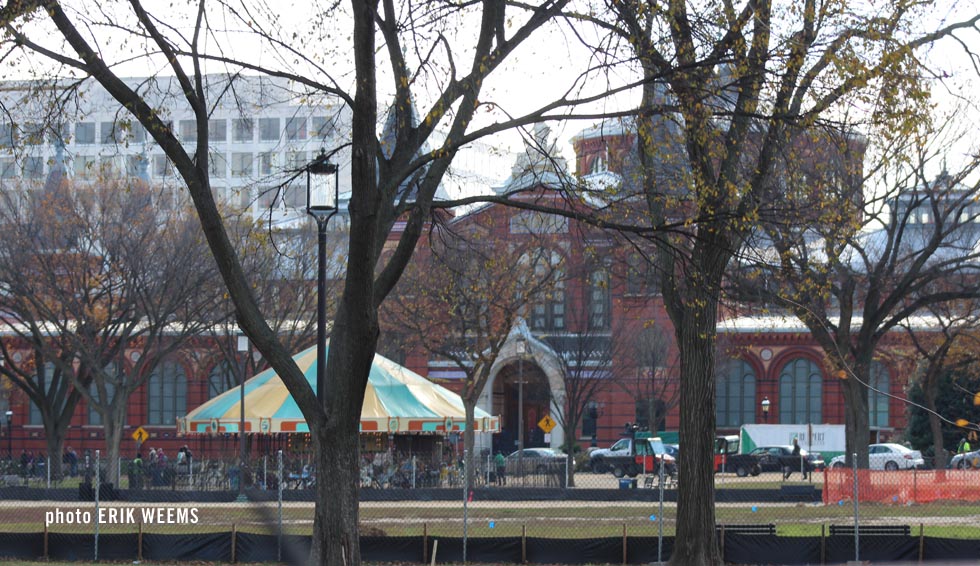 Originally just called "the Mall," the National Mall's history is linked with America's first effort for a museum, the Columbian Institute for the Promotion of the Arts and Science, 1816, and then chartered by Congress in 1818, concentrating on botony and mineralogy. The Institute lasted only 25 years, but through a series of unexpected events, the buildings and collections were turned over to the emerging Smithsonian Institute.

Until the building of the Union Station Plaza, a train depot existed on the eastern edge of the mall, contributing a great deal of eyesore and soot, but in 1908 the train tracks were relaid to the station's new location many blocks away at 50 Massachusetts Avenue.

The National Zoo originated on the mall before relocating to 3001 Connecticut Ave.

In 1901 the Senate Park Commission began restructuring the "Mall" into what we see today. Before the redesign of the long two-mile parkway, it was clotted with buildings, an open sewer (that had originally been used as a canal) and various smaller efforts at park design, and bordered on the western end by a swamp which was considered the home of not just the areas mosquito problem, but also the source of disease (and a strong, noxious smell!)

Using L'Enfant's orginal design for the Capitol, the commission stripped out buildings and opened up the parkland into a broad open space, an unusually large area that was used for cattle grazing at times right up until World War II.

One of the challenges for the modern National Mall is to limit the constant pressure to construct monuments and new museums on the steadily decreasing open spaces, a problem that is afflciting much of the DC area. 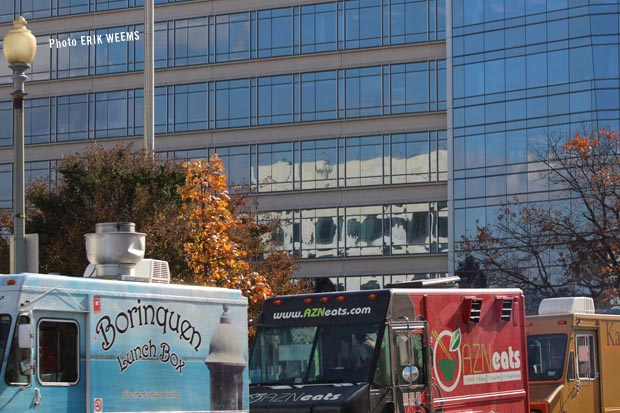 Food trucks on the mall 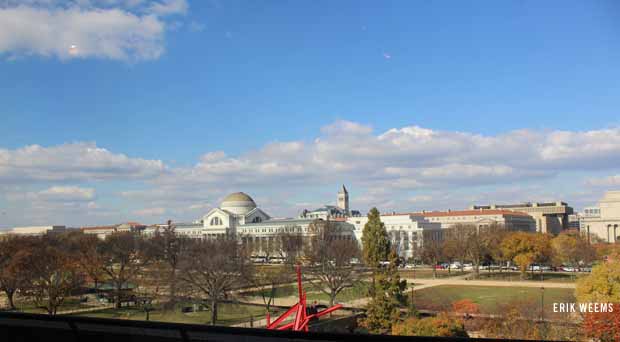 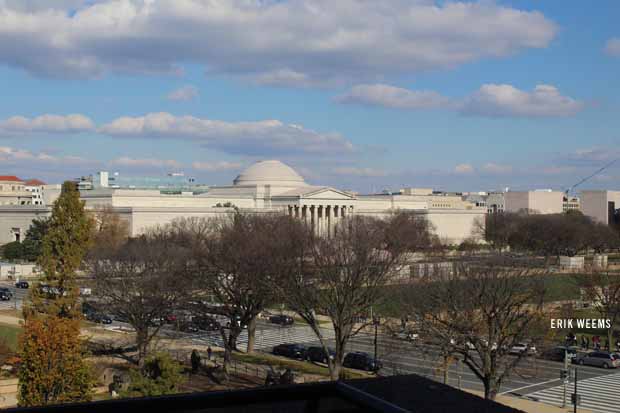 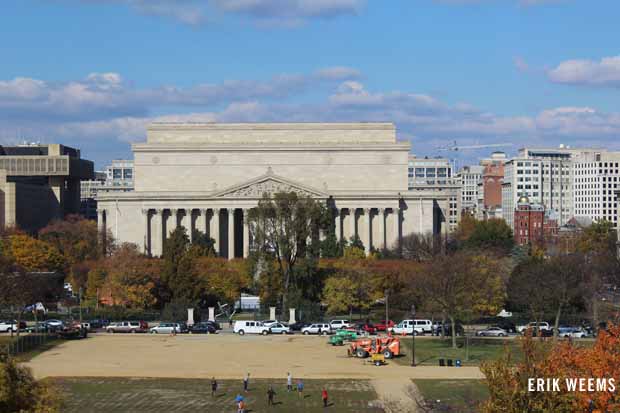 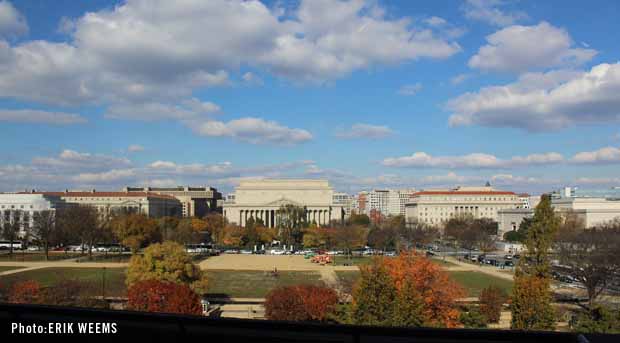 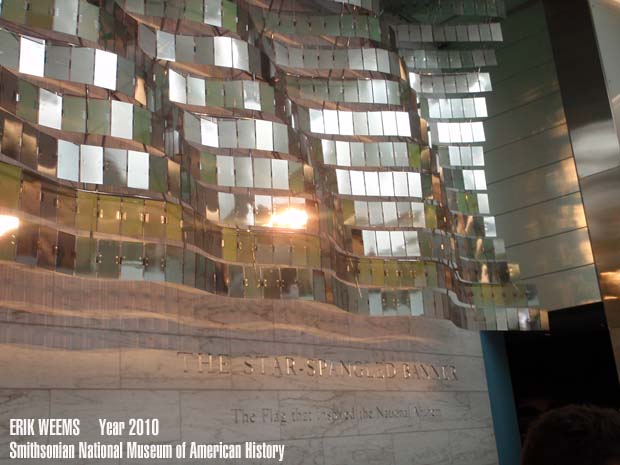