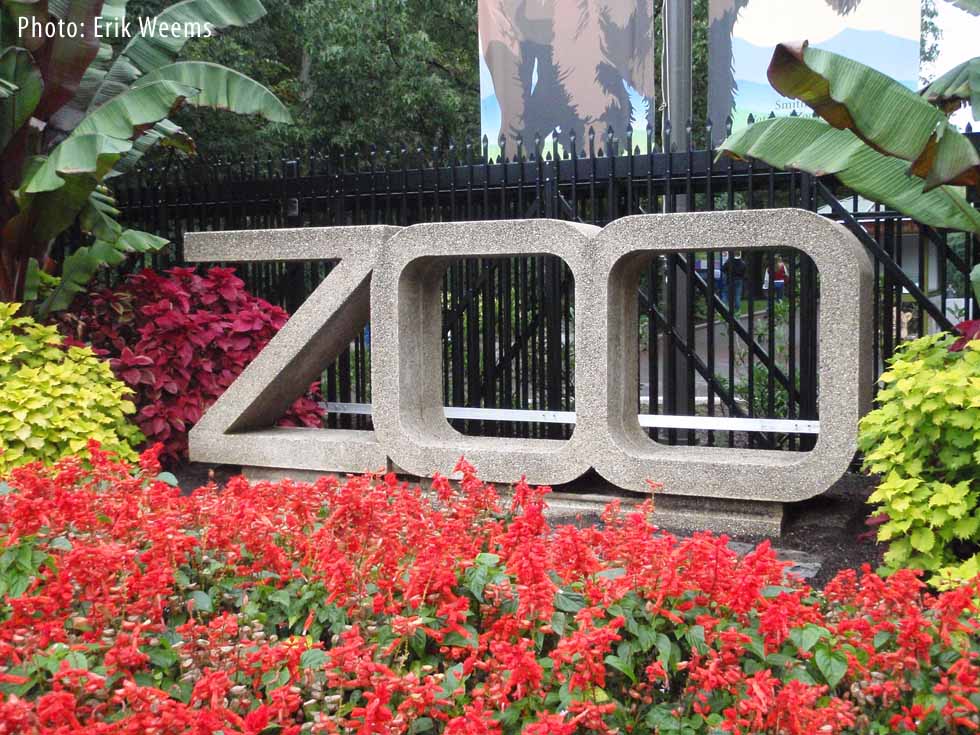 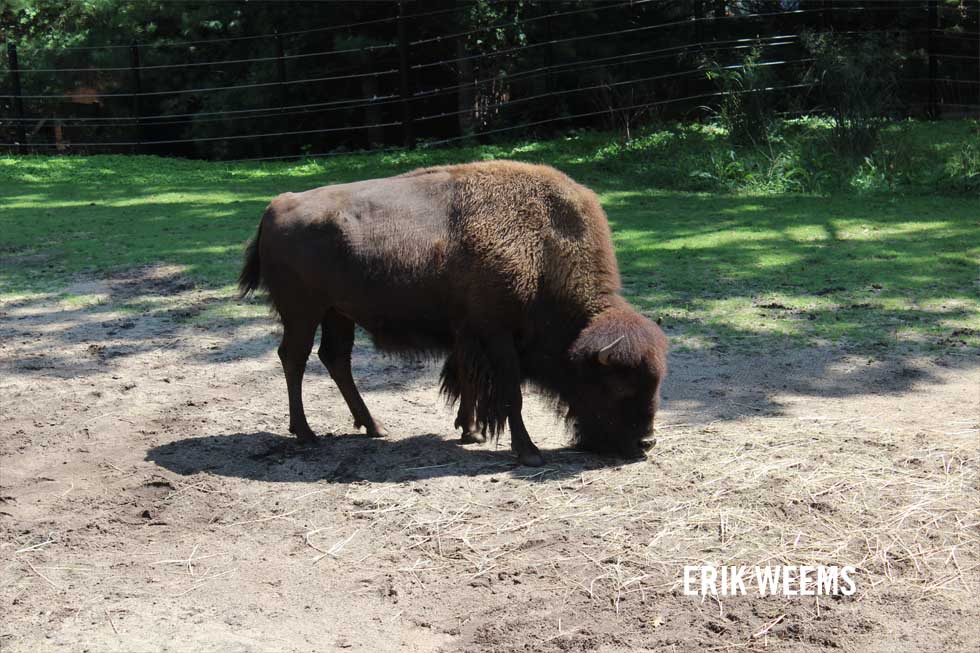 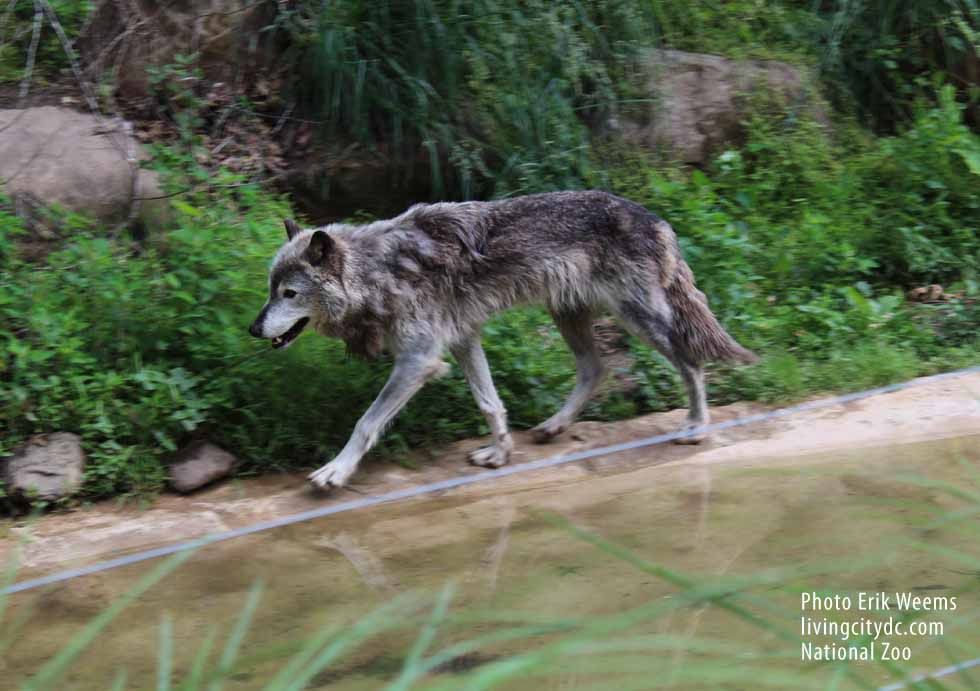 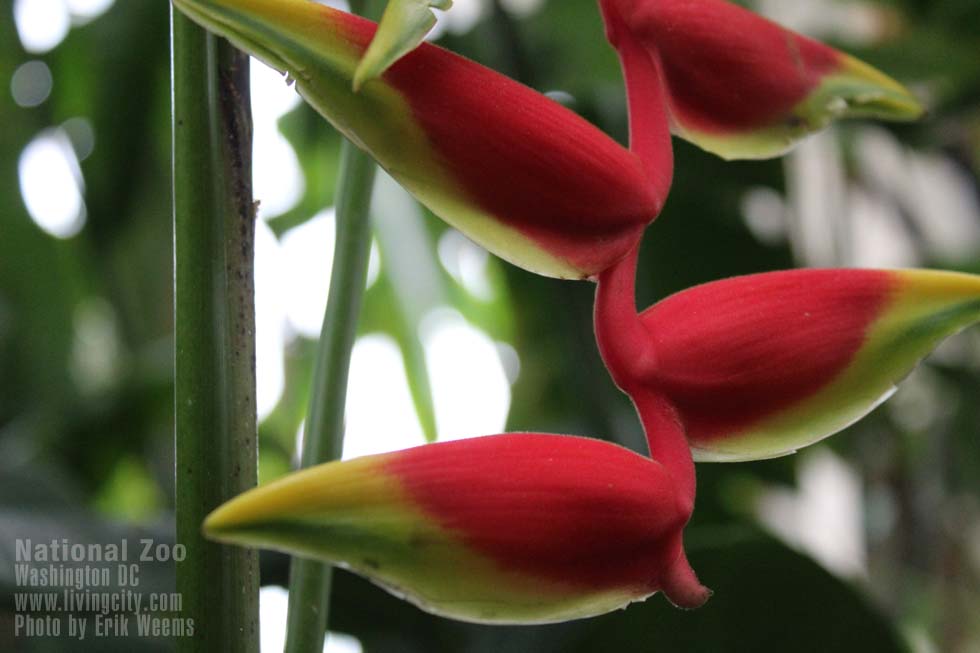 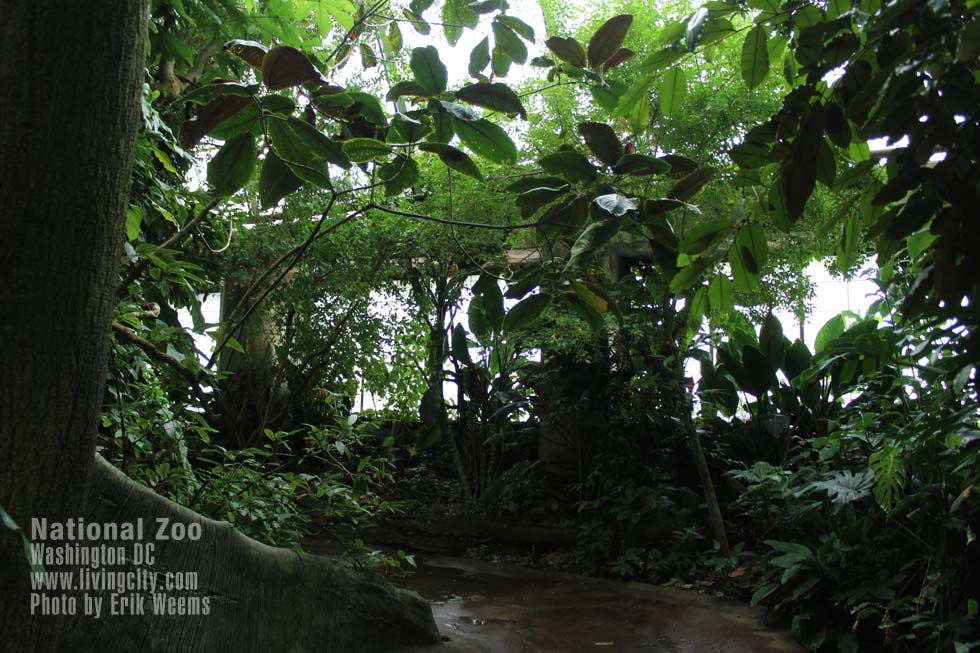 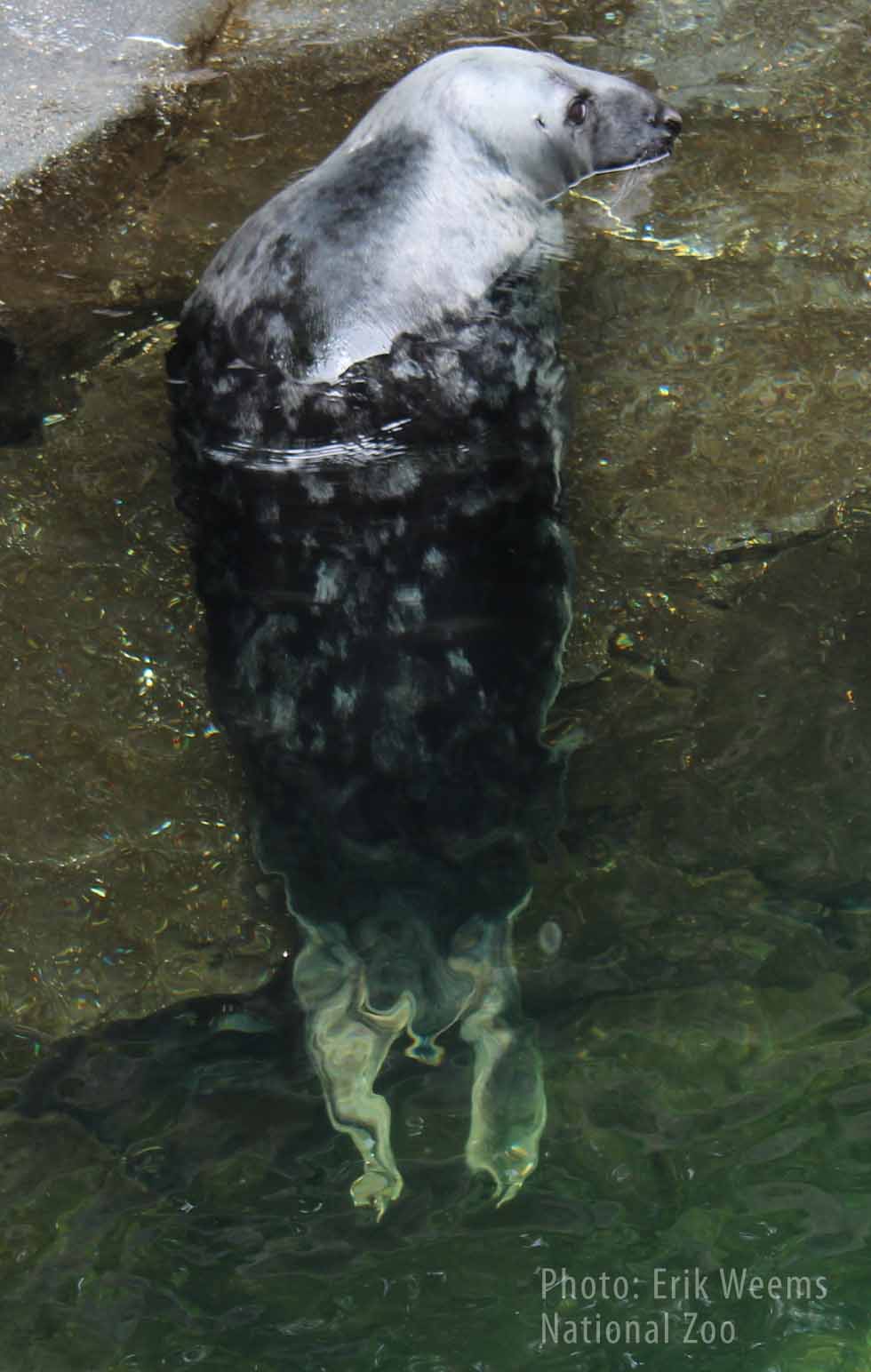 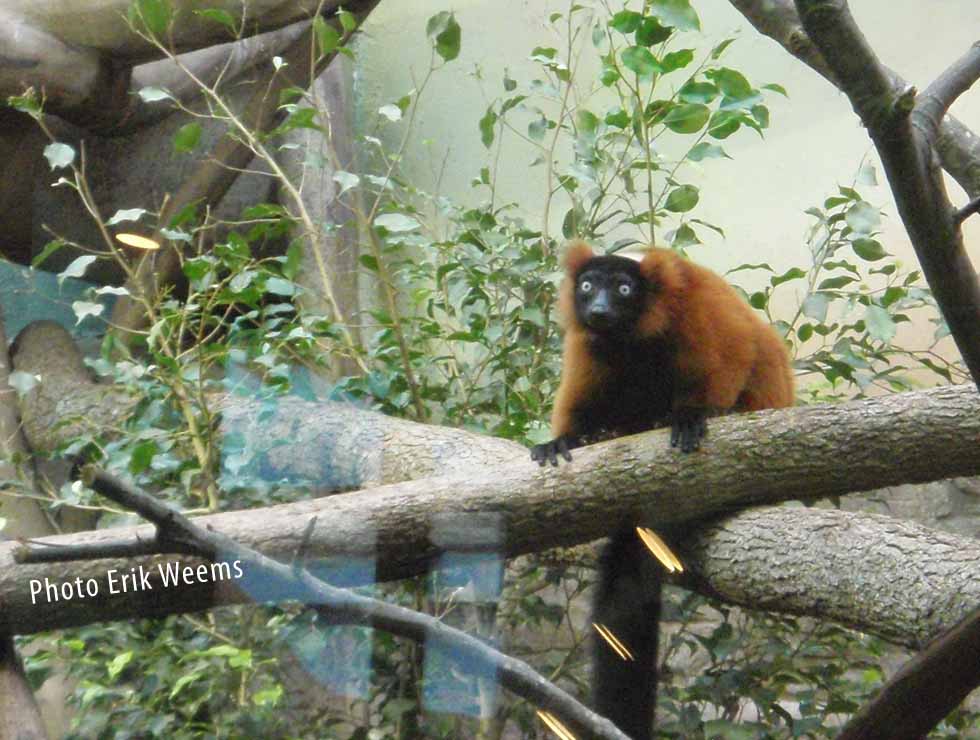 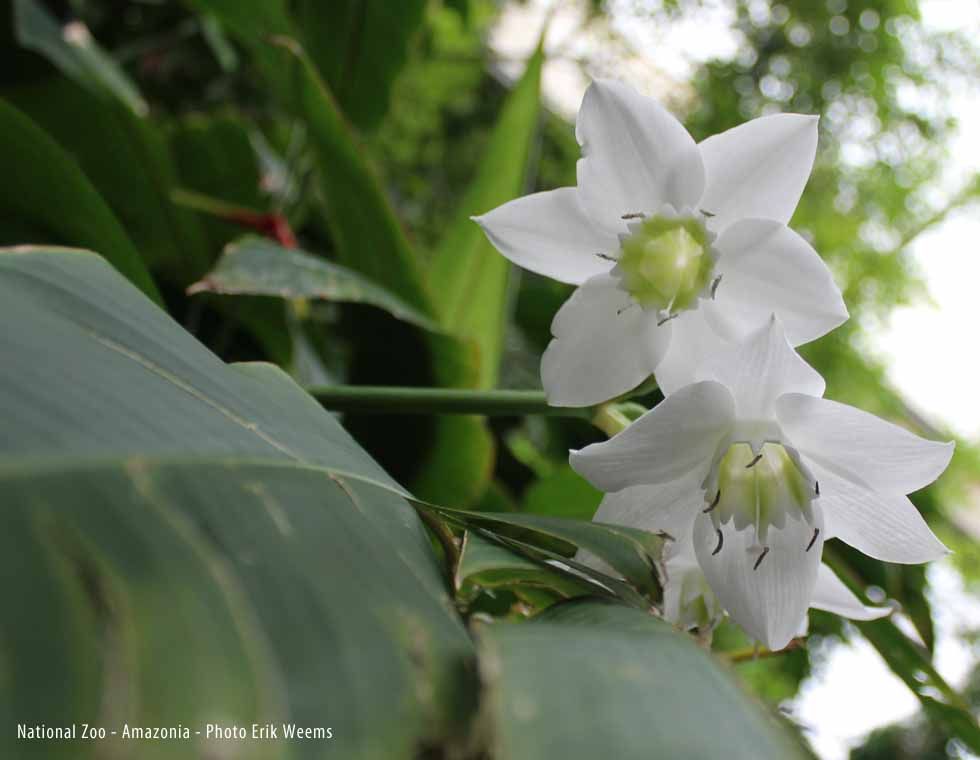 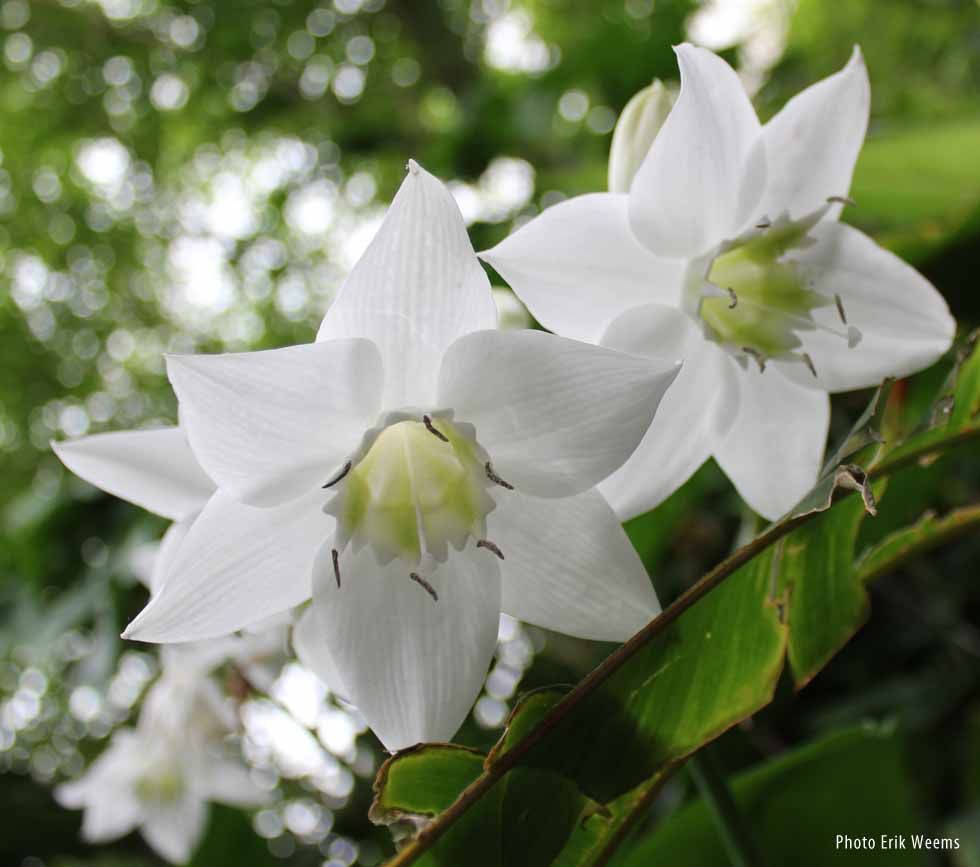 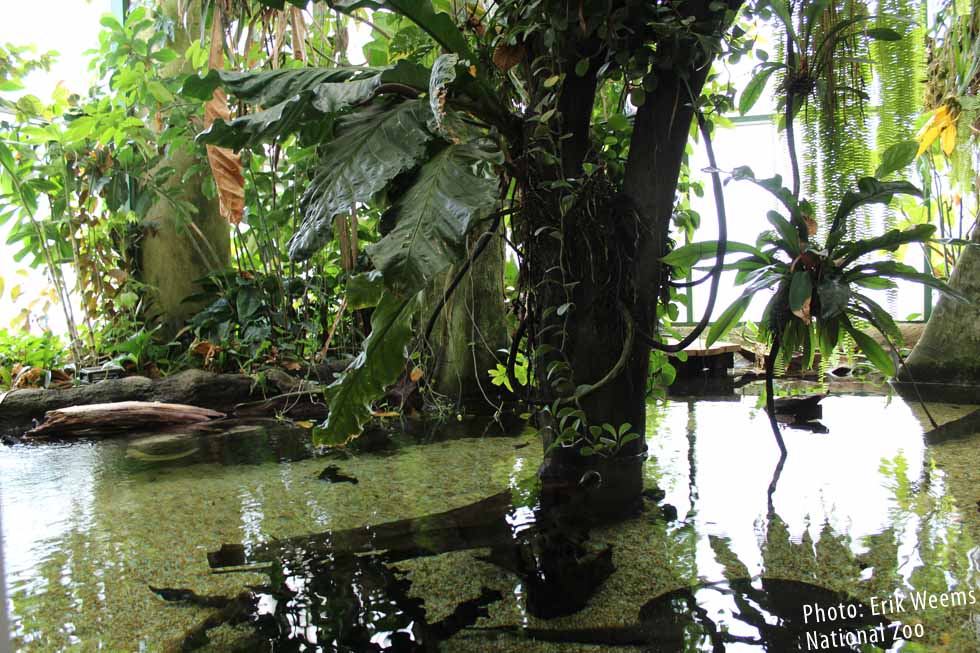 Zoo has free admission; hours vary according to season. "Open 364 days a year."

The National Zoo began as an idea of chief taxidermist William Temple Hornaday. During a trip into the American West in 1887, his idea of an animal refuge and preservation project was sparked by seeing the disastrously small numbers of bison that were left alive after massive over hunting during the 1800s. Hornaday was employed at the Smithsonian Institute and was soon made head of the newly created Department of Living Animals. He supervised the collecting of 15 North American bison species which were then kept on the National Mall, and he soon expanded the collection to include badgers, lynx, foxes and prairie dogs.

President Grover Cleveland signed a congressional law in 1889 for the creation of a National Zoological Park. After two years of design and construction the zoo opened at Rock Creek Park and the animals kept at the National Mall were relocated.

The present National Zoo and it's initiatives and institute houses over 1,800 animals that represent more than 300 species on a complex of 163 acres. 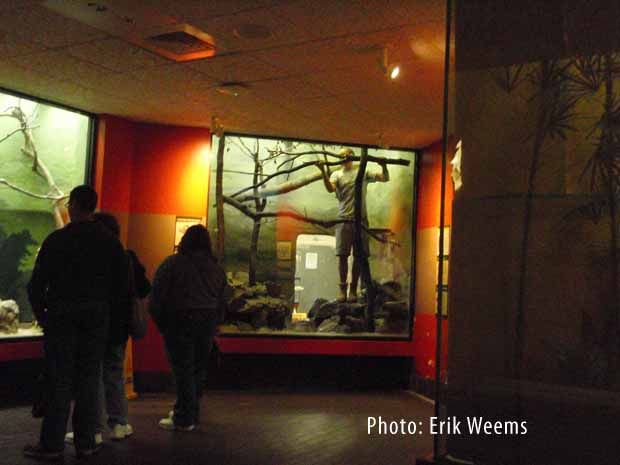 No, the National Zoo is not now collecting humans for exhibits. Workman adding new features to indoor terrarium

Visiting the National Zoo in Summer

The heat in Washington DC during the summer can climb to intense levels, particularly for pedestrians because the heat seems to be amplified by the concrete, asphalt and so many buildings that seem to be made of glass. That's a real problem when going from street to street, especially in the business districts where there is a minimum (or no) tree cover.

It is a different situation at the National Zoo, which is filled with greenery and a well planned series of walking paths which, though not entirely covered by foliage, are generally screened from the sun in many places. This helps to bring down the heat a bit from the sharp and penetrating afternoon sun that hits the hillside that most of the Zoo is on. The National Zoo is terraced downward from a hilltop (where the Zoo entrance at Connecticut Avenue is) and sloping downward to Rock Creek, which is probably the coolest area of the Zoo aside from the air conditioned exhibit buildings.

There are several "misting stations" along the main walkway (called Olmsted Walk) and the lightly misted water droplet clouds are a helpful and cooling respite from the heat, and is a delight to children. But make no mistake about high heat at the Zoo, especially if one must walk the tilted grade of the hillside from the bottom to the top with the sun at full force in the sky. The best strategy is to enter at the main entrance at Connecticut Avenue and use the descending grade of the hill to your advantage for a leisurely inspection of the Zoo moving down to the low bottom near Rock Creek.

The exhibit buildings are generally cooled during summer, some more than others, as are the gift shops and other buildings. The reptile house, for example, can feel quite humid and seems to experience significant overflow of temperature and tropical conditions that are maintained for the exhibit animals but enter into the screened area where spectators are.

There are sporadic vendors throughout the park selling bottled water and ice cream. The cafe and food vendors also have cold drinks. And there are an abundance of restaurants and convenient stores quite close to the zoo. 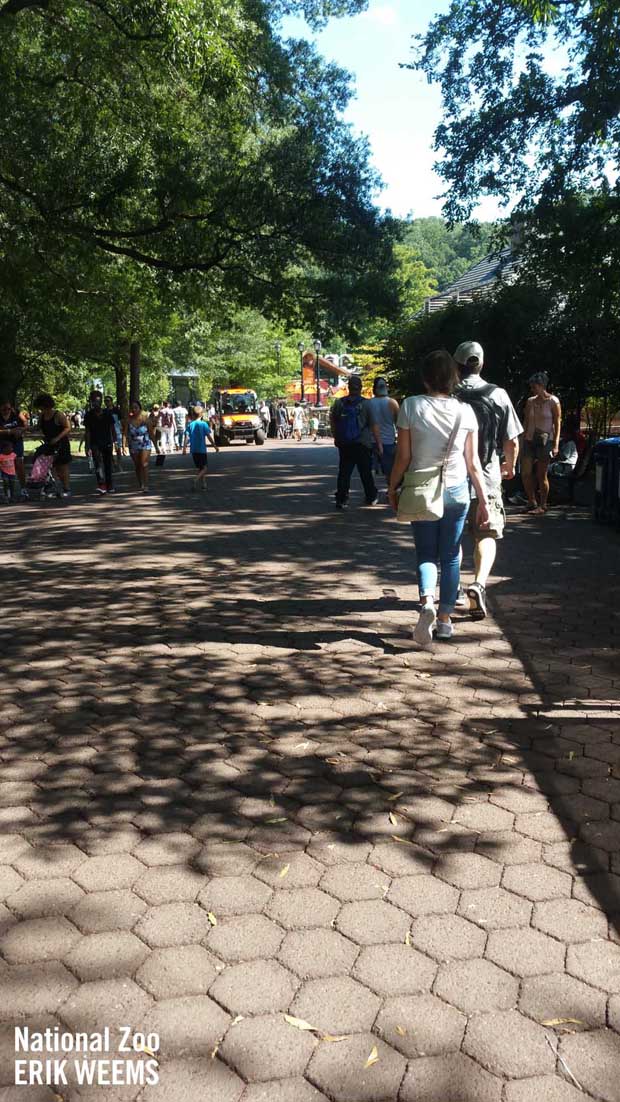 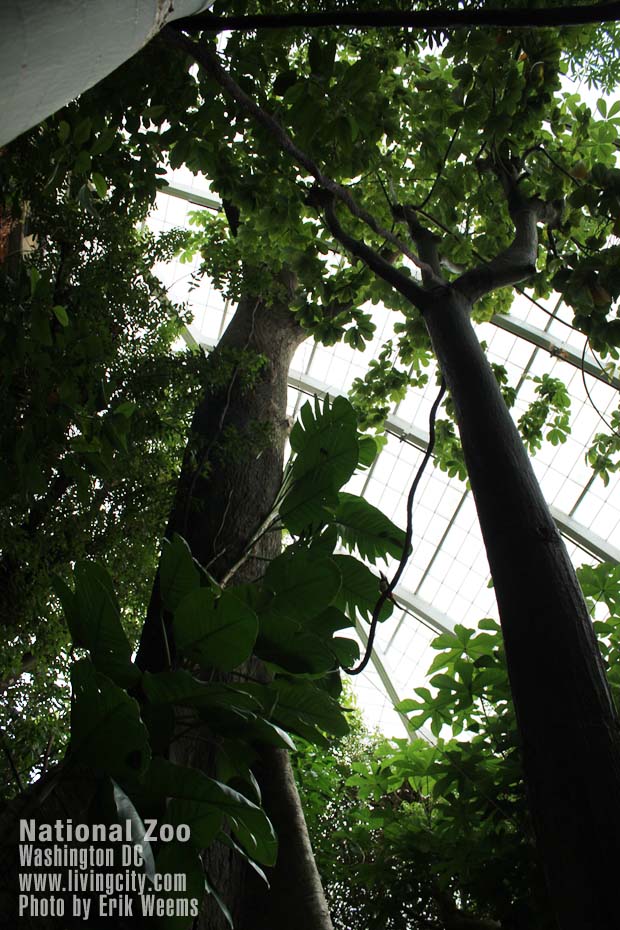 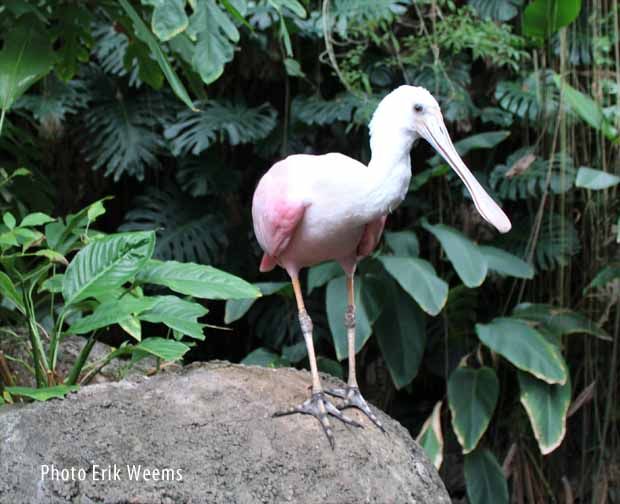 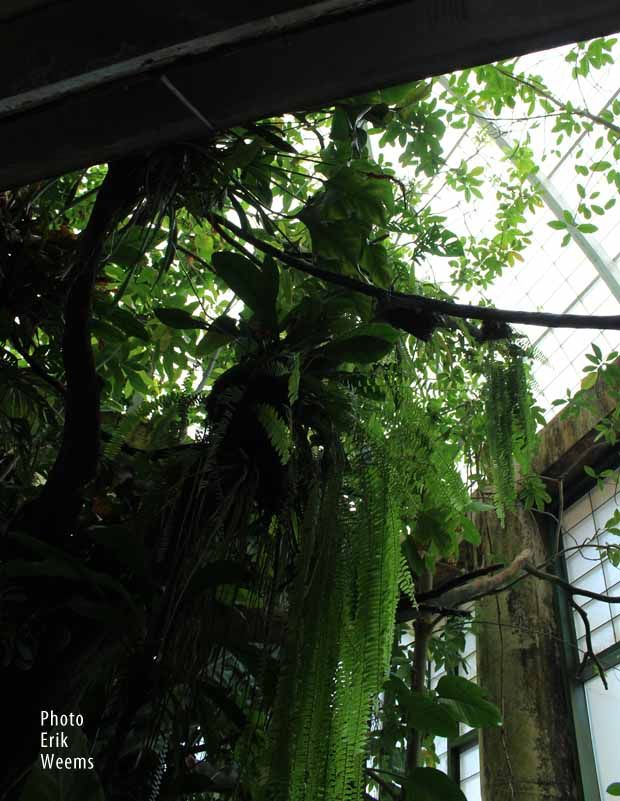 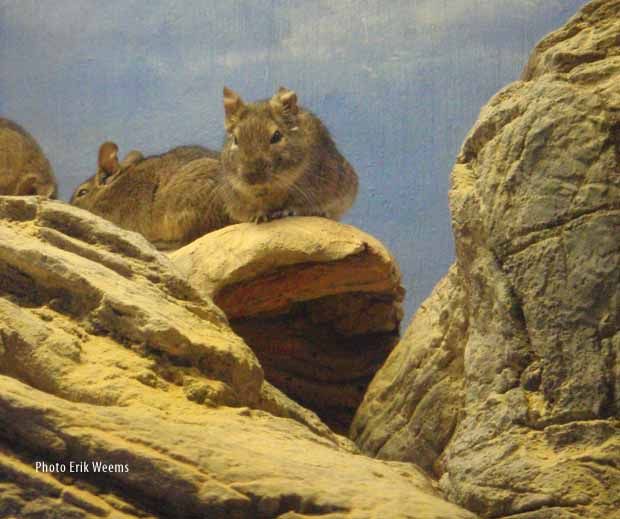 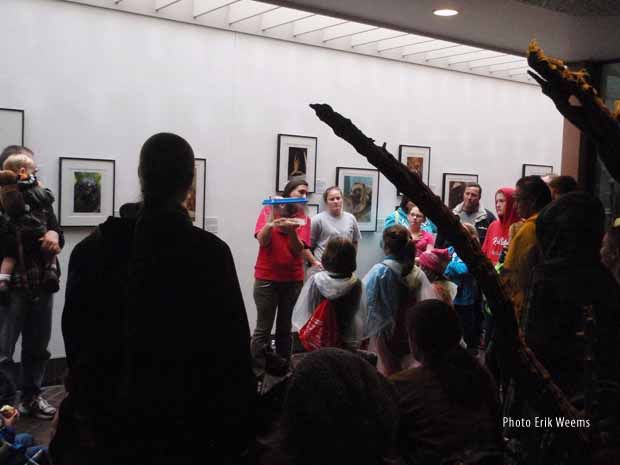 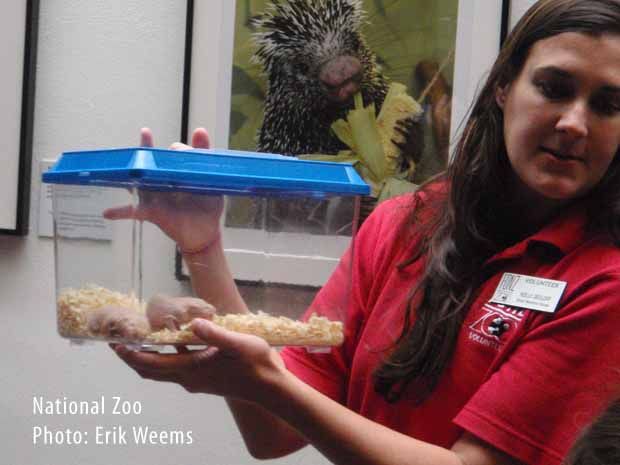 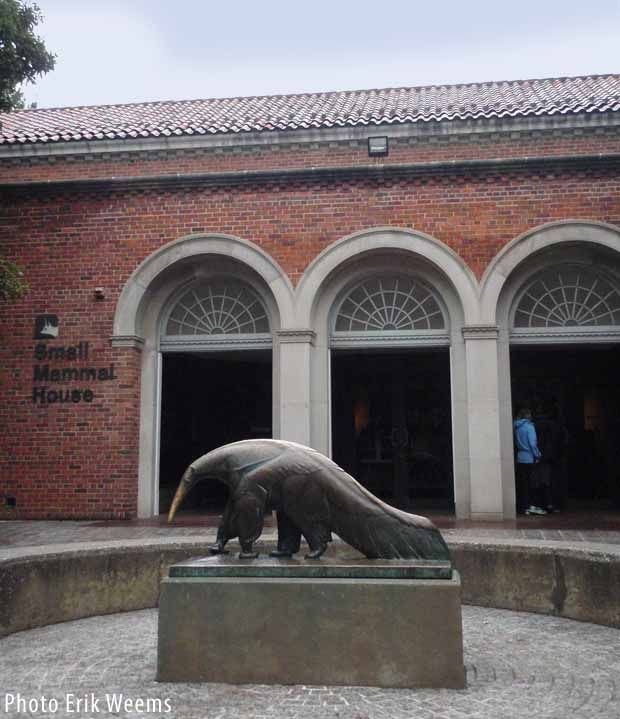 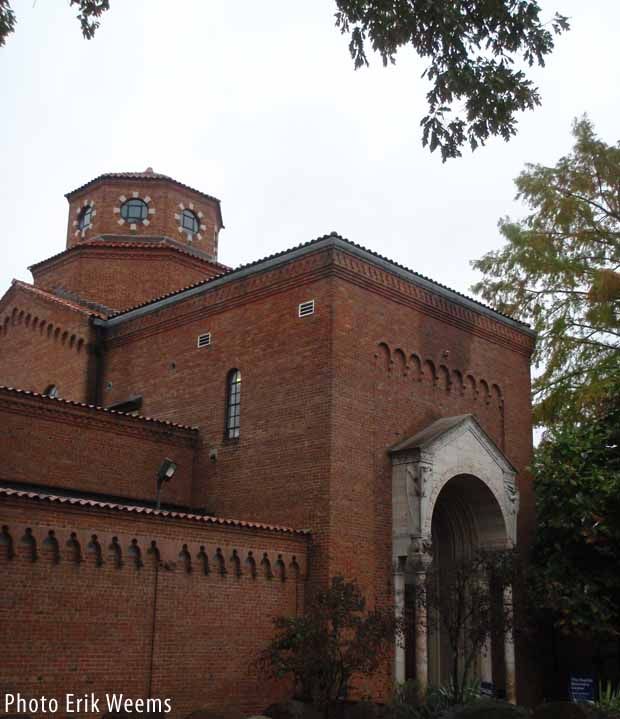 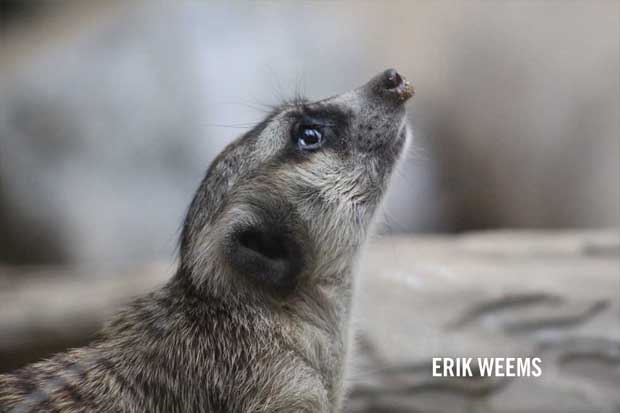 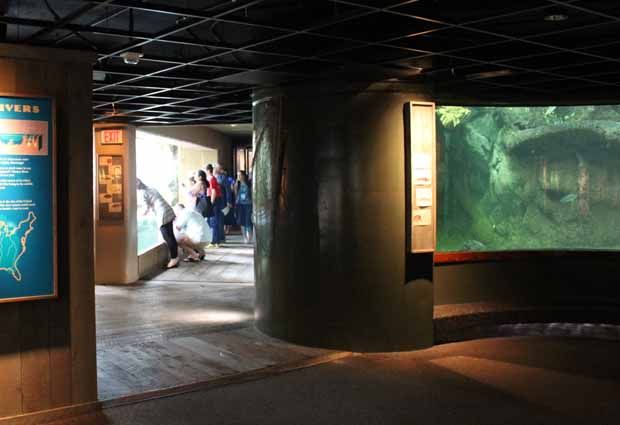 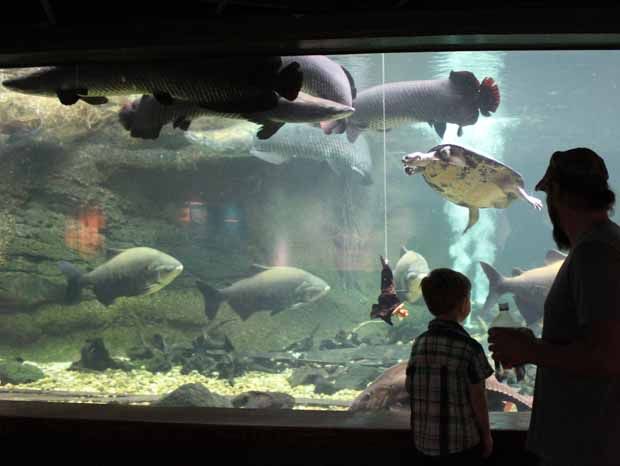 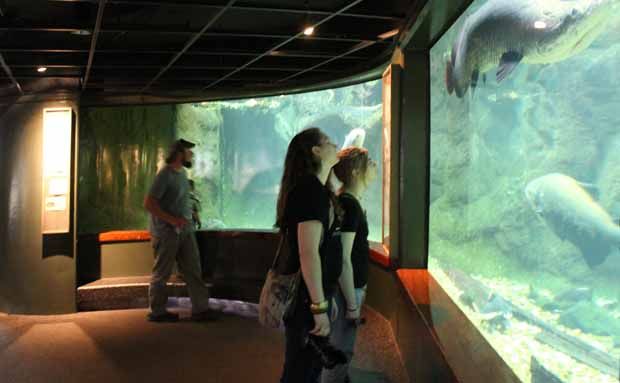 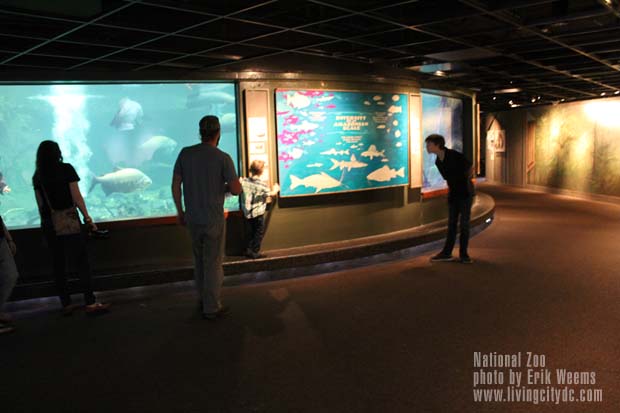 Inside the Aquarium at the National Zoo, Washington DC 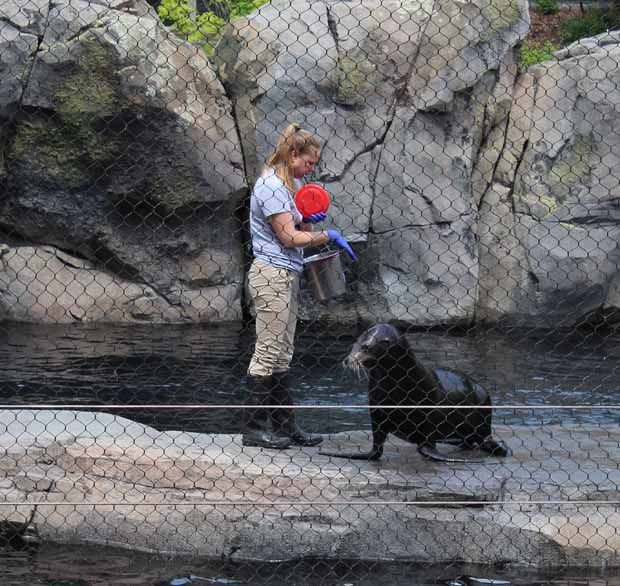 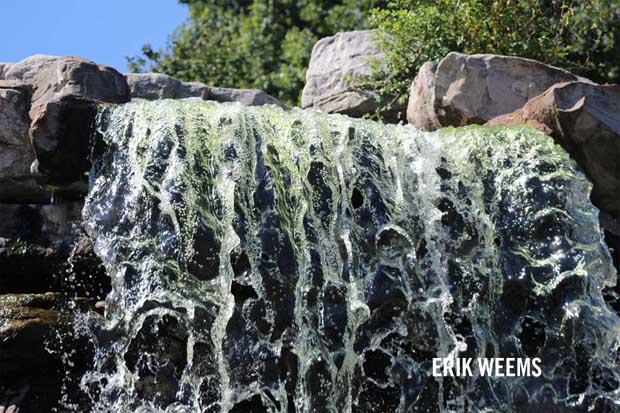 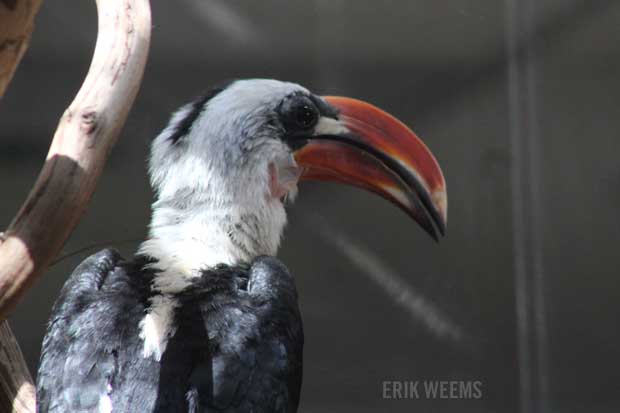 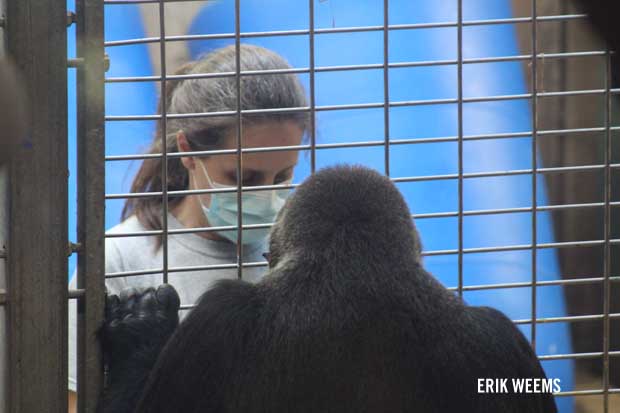